This is the second volume of a series intended to present, in accurate colored portraiture, and in popular and juvenile biographical text, a very considerable portion of the common birds of North America, and many of the more interesting and attractive specimens of other countries, in many respects superior to all other publications which have attempted the representation of birds, and at infinitely less expense. The appreciative reception by the public of Vol. I deserves our grateful acknowledgement. Appearing in monthly parts, it has been read and admired by thousands of people, who, through the life-like pictures presented, have made the acquaintance of many birds, and have since become enthusiastic observers of them. It has been introduced into the public schools, and is now in use as a text book by hundreds of teachers, who have expressed enthusiastic approval of the work and of its general extension. The faithfulness to nature of the pictures, in color and pose, have been commended by such ornithologists and authors as Dr. Elliott Coues, Mr. John Burroughs, Mr. J. W. Allen, editor of The Auk, Mr. Frank M. Chapman, Mr. J. W. Baskett, and others.

The general text of Birds—the biographies—has been conscientiously prepared from the best authorities by a careful observer of the feather-growing denizens of the field, the forest, and the shore, while the juvenile autobiographies have received the approval of the highest ornithological authority.

The publishers take pleasure in the announcement that the general excellence of Birds will be maintained in subsequent volumes. The subjects selected for the third and fourth volumes—many of them—will be of the rare beauty in which the great Audubon, the limner par excellence of birds, would have found “the joy of imitation.” 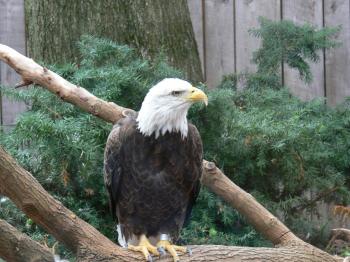 This second volume does not have a cover photo for each month like Volume I did. They apparently changed their format. Also, there are no old time advertisements. These were reproduced through Gutenberg Project.