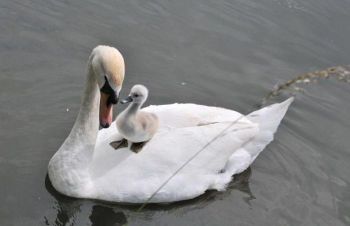 My Mom and Me (from an e-mail)

E had the pleasure of attending the Fifteenth Congress of the American Ornithologists’ Union, which met and held its three days annual session in the American Museum of Natural History, New York City, November 9-11, 1897. Dr. C. Hart Merriam, of the Department of Agriculture, Washington D.C., presided, and there were present about one hundred and fifty of the members, resident in nearly all the states of the Union.

The first paper read was one prepared by J. C. Merrill, entitled “In Memoriam: Charles Emil Bendire.” The character, accomplishments, and achievements of the deceased, whose valuable work in biographizing American birds is so well known to those interested in ornithology, were referred to in so appropriate a manner that the paper, though not elaborate as it is to be hoped it may ultimately be made, will no doubt be published for general circulation. Major Bendire’s services to American ornithology are of indisputable value, and his untimely death eclipsed to some extent, possibly wholly, the conclusion of a series of bird biographies which, so far as they had appeared, were deemed to be adequate, if not perfect.

Mr. Frank M. Chapman, the well known authority on birds, and whose recent books are valuable additions to our literature, had, it may be presumed, a paper to read on the “Experiences of an Ornithologist in Mexico,” though he did not read it. He made, on the contrary, what seemed to be an extemporaneous talk, exceedingly entertaining and sufficiently instructive to warrant a permanent place for it in the Auk, of which he is associate editor. We had the pleasure of examining the advance sheets of a new book from his pen, elaborately illustrated in color, and shortly to be published. Mr. Chapman is a comparatively young man, an enthusiastic student and observer, and destined to be recognized as one of our most scientific thinkers, as many of his published pamphlets already indicate. Our limited space precludes even a reference to them now. His remarks were made the more attractive by the beautiful stuffed specimens with which he illustrated them.

Prof. Elliott Coues, in an address, “Auduboniana, and Other Matters of Present Interest,” engaged the delighted attention of the Congress on the morning of the second day’s session. His audience was large. In a biographical sketch of Audubon the Man, interspersed with anecdote, he said so many interesting things that we regret we omitted to make any notes that would enable us to indicate at least something of his characterization. No doubt just what he said will appear in an appropriate place. Audubon’s portfolio, in which his precious manuscripts and drawings were so long religiously kept, which he had carried with him to London to exhibit to possible publishers, a book so large that two men were required to carry it, though the great naturalist had used it as an indispensable and convenient companion for so many years, was slowly and we thought reverently divested by Dr. Coues of its wrappings and held up to the surprised and grateful gaze of the spectators. It was dramatic. Dr. Coues is an actor. And then came the comedy. He could not resist the inclination to talk a little—not disparagingly, but truthfully, reading a letter never before published, of Swainson to Audubon declining to associate his name with that of Audubon “under the circumstances.” All of which, we apprehend, will duly find a place on the shelves of public libraries. 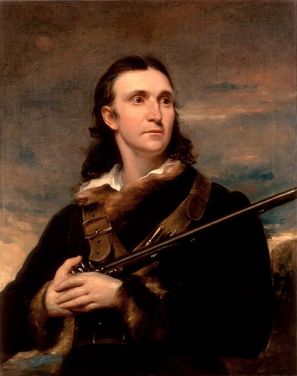 We would ourself like to say something of Audubon as a man. To us his life and character have a special charm. His was a beautiful youth, like that of Goethe. His love of nature, for which he was willing to make, and did make, sacrifices, will always be inspiring to the youth of noble and gentle proclivities; his personal beauty, his humanity, his love-life, his domestic virtues, enthrall the ingenuous mind; and his appreciation—shown in his beautiful compositions—of the valleys of the great river, La Belle Rivière, through which its waters, shadowed by the magnificent forests of Ohio and Kentucky, wandered—all of these things have from youth up shed a sweet fragrance over his memory and added greatly to our admiration of and appreciation for the man.

So many subjects came before the Congress that we cannot hope to do more than mention the titles of a few of them. Mr. Sylvester D. Judd discussed the question of “Protective Adaptations of insects from an Ornithological Point of View;” Mr. William C. Rives talked of “Summer Birds of the West Virginia Spruce Belt;” Mr. John N. Clark read a paper entitled “Ten Days among the Birds of Northern New Hampshire;” Harry C. Oberholser talked extemporaneously of “Liberian Birds,” and in a most entertaining and instructive manner, every word he said being worthy of large print and liberal embellishment; Mr. J. A. Allen, editor of The Auk, said a great deal that was new and instructive about the “Origin of Bird Migration;” Mr. O. Widmann read an interesting paper on “The Great Roosts on Gabberet Island, opposite North St. Louis;” J. Harris Reed presented a paper on “The Terns of Gull Island, New York;” A. W. Anthony read of “The Petrels of Southern California,” and Mr. George H. Mackay talked interestingly of “The Terns of Penikese Island, Mass.”

There were other papers of interest and value. “A Naturalist’s Expedition to East Africa,” by D. G. Elliot, was, however, the pièce de résistance of the Congress. The lecture was delivered in the lecture hall of the Museum, on Wednesday at 8 p. m. It was illustrated by stereopticon views, and in the most remarkable manner. The pictures were thrown upon an immense canvas, were marvellously realistic, and were so much admired by the great audience, which overflowed the large lecture hall, that the word demonstrative does not describe their enthusiasm. But the lecture! Description, experience, suffering, adventure, courage, torrid heat, wild beasts, poisonous insects, venomous serpents, half-civilized peoples, thirst,—almost enough of torture to justify the use of Coleridge’s Ancient Mariner in illustration,—and yet a perpetual, quiet, rollicking, jubilant humor, all-pervading, and, at the close, on the lecturer’s return once more to the beginning of civilization, the eloquent picture of the Cross, “full high advanced,” all combined, made this lecture, to us, one of the very few platform addresses entirely worthy of the significance of unfading portraiture. 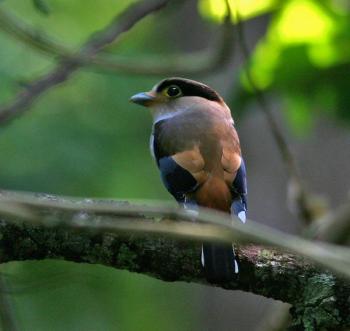 And further, by these, my son, be admonished: of making many books there is no end; and much study is a weariness of the flesh. (Ecclesiastes 12:12 KJV)

To this end we  provide a complete list of world bird species and their subspecies, including recently extinct ones. We update the list regularly to include newly described species,  proposed and accepted splits and lumps, corrections of nomenclature, and changes of names or classification.” (From IOC’s website)

The IOC, or now the IOU is where our list of the Birds of the World come from. Thankfully, these ornithologists get together and try to maintain lists and compare birds from other countries, which are called by different name, to see if they are one-in-the-same. There is much work that goes on by them and their work is much appreciated by birders around the world.

Next Article – The Mountain Bluebird

The Previous Article – Bird Miscellany Plus