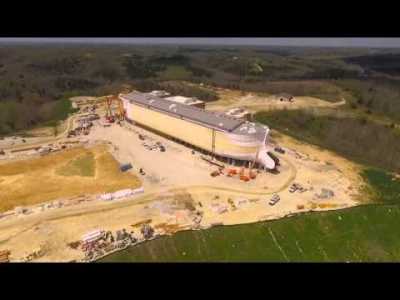 Today in Williamstown, Kentucky, they had the Grand Opening of the Ark Encounter. The building of the Ark Encounter was mentioned in Birds of the Bible – Foundation – The Ark. Now, it is open and we are looking forward to the opportunity to go see this modern day, full sized Ark. It’s about 900 miles from where we live, but it is definitely on my “bucket list.”

What I want to do, in a series of articles, is to introduce the Avian Kinds, Bird kinds, that are thought to be on board. An article, An Initial Estimate of Avian Ark Kinds, appeared on Nov. 27, 2013. It was written by Dr. Jean Lightner. Here is her abstract from that article.

Creationists recognize that animals were created according to their kinds, but there has been no comprehensive list of what those kinds are. As part of the Answers in Genesis Ark Encounter project, research was initiated in an attempt to more clearly identify and enumerate vertebrate kinds that were present on the Ark. In this paper, using methods previously described, 196 putative bird kinds are identified. Due to the limited information available and the fact that avian taxonomic classifications shift, this should be considered only a rough estimate.

I bolded the “196 putative bird kinds are identified” because that is what these articles are going to be about. According to I. O. C., the naming list that this site uses, there are 239 Families. On the Birds of the World family page, you will see this:

Birds of the Bible – Foundation – The Ark

Grand Opening of the Ark Encounter

Birds of the World

2 thoughts on “Avian Kinds on the Ark – Introduction”