Tilly the raven normally lived in a tree, but as winter came closer, the weather felt colder, and Tilly knew she needed to find a warmer place to live.

Her tree was near a small pumpkin farm, and several pumpkins had been left behind, going unused for Halloween. Tilly observed the different kinds of pumpkins that were still in the field. Many of them looked old, with green and yellow splotches on them. One of the pumpkins, however, looked perfect.

The pumpkin was large and perfectly round. When Tilly pecked at it with her beak, she noticed that it was soft enough for her to make a little door in it. She pecked her way into the pumpkin and surveyed the inside.

For a while, Tilly pulled out the seeds and guts from the inside of the pumpkin, until she had enough room to sit comfortably. Tilly felt protected from the wind and cold. Eventually, she fell asleep.

The next morning, Tilly woke up to her pumpkin house shaking. Someone had picked up her house and was taking it somewhere. Tilly peeked her head out of the door of her house. She noticed groups of people taking the old pumpkins and placing them to a pickup truck. 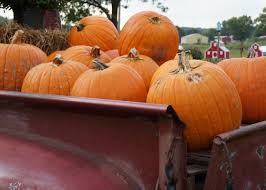 Splash! Tilly landed in the river. Fortunately, her house floated to the top, and the door she had made pointed up to the sky. Tilly carefully climbed out and flew back to land, sad that her house was floating away. 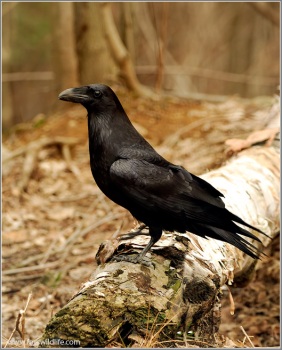 Snow started to fall to the ground. Tilly needed to come up with another plan. She decided to leave the pumpkin field and find somewhere else to live. Flying through the air as the snow fell, Tilly searched and found another pumpkin field. She searched for the next perfect pumpkin she could use. One of the pumpkins was soft and round just like the other one, and by the time she settled down inside, night had fallen and Tilly fell asleep instantly.

The next morning, Tilly woke up to something knocking against her new house. A deer she didn’t recognize was sniffing at her pumpkin and then took a giant chunk out of the top. Tilly looked up at the deer and the deer stared back at her. She flew out of her house, forced to watch the deer eat the rest of her pumpkin. 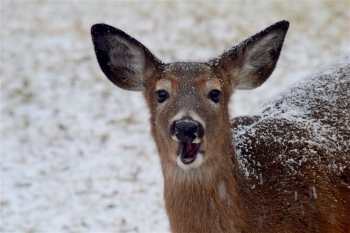 The snow made everything colder until Tilly could barely fly. She flew into some woods, hoping to find a tree in which to get warm. Eventually, she found a tree with a small hole in it. Tilly flew inside only to discover a small owl in the hole in the tree.

Tilly grew excited, believing that the nest Milly was talking about was hers, which meant she had to explain the pumpkin houses she had had, and how she had ended up there. Milly offered to let Tilly keep the tree to stay warm. Tilly also said that it was perfectly all right if Milly kept her nest.

All throughout the winter, Tilly stayed in the tree where she had met Milly, while Milly lived in Tilly’s nest next to the pumpkin field. When spring came around, Tilly and Milly remained friends, and Tilly even showed Milly how to make her own pumpkin house, though she didn’t recommend living there.

“Now it came to pass, as they went, that he entered into a certain village: and a certain woman named Martha received him into her house.” (Luke 10:38 KJV)

“Be careful for nothing; but in every thing by prayer and supplication with thanksgiving let your requests be made known unto God.” Philippians 4:6 KJV)

What a great story from Emma. It is enjoyable to watch her talent developing. Also, it is good to see Tilly and Milly being so hospitable. This is only fiction, but how did the animals interact with each other before the fall and the curse affected all of nature? Maybe this story is just a glimpse of how they got along so well.