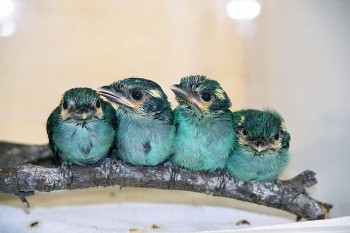 Rejoice in the Lord always. Again I will say, rejoice! (Philippians 4:4 NKJV)

Christmas Brings Joy To Every Heart

Christmas brings joy to every heart,
Sets old and young rejoicing,
What angels sang once to all on earth,
Oh, hear the children voicing.
Bright is the tree with lights aglow,
Like birds that perch together,
The child that holdeth Christmas dear
Shall keep these joys forever.

Joy comes to the all the world today,
To halls and cottage hasting,
Come, sparrow and dove, from roof tree tall,
And share our Christmas feasting.
Dance, little child, on mother’s knee,
The lovely day is dawning,
The road to paradise is found
The blessèd Christmas morning.

Once to this earth our Savior came,
An infant poor and lowly,
To open for us those gardens fair
Where dwell His angels holy.
Christmas joy He bringeth us,
The Christ child King of heaven,
“To every little child,” He saith,
“Shall angel wings be given.” 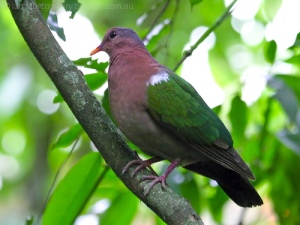 Most information from The Cyber Hymnal 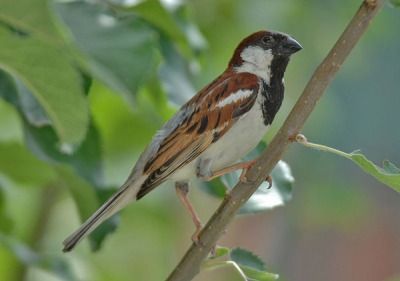 A friend sent me a link to this commercial. Couldn’t resist.

Keep an eye out for the Human Clock.

A happy heart is good medicine and a cheerful mind works healing, but a broken spirit dries up the bones. (Proverbs 17:22 AMP) 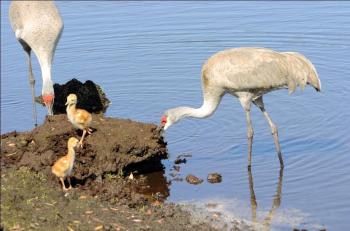 “Ah, Soul, God does listen to the chattering of cranes! I know He does, for I have read in His Word what is tantamount to that in the text [Isaiah 38:14],

Like a crane or a swallow, so did I chatter: I did mourn as a dove: mine eyes fail with looking upward: O LORD, I am oppressed; undertake for me. (Isaiah 38:14 KJV) 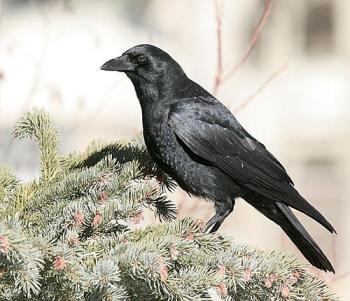 “He hears the young ravens when they cry.”

And surely if He hears a raven’s cry and if not a sparrow falls to the ground without our Father, your prayer, though it may be very indistinct and the language, itself, may be very unworthy of the Divine ear, yet it shall command an audience and will bring down a blessing from above!” 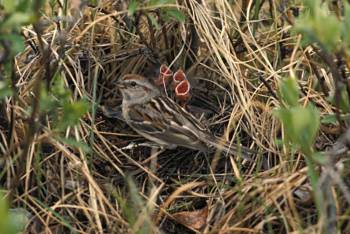 Give ear to my words, O LORD, consider my meditation. Hearken unto the voice of my cry, my King, and my God: for unto thee will I pray. My voice shalt thou hear in the morning, O LORD; in the morning will I direct my prayer unto thee, and will look up. (Psalms 5:1-3 KJV) 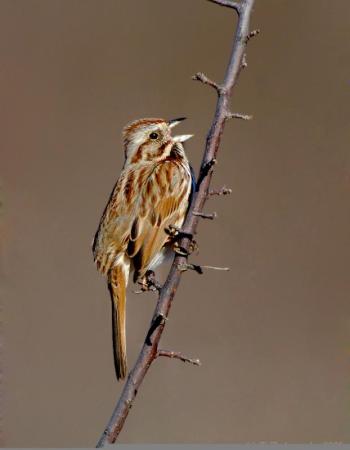 While looking up the word “birds” in the Dictionary section of my e-Sword program, there is an “i” symbol that shows on the tab of the name of a dictionary. That “i” indicates that there is information about your search word. The Smith’s Bible Dictionary had an “i” so I investigated it. This is what I saw:

So when I went there, this interesting definition of “sparrow” was found and I wanted to share it with you. 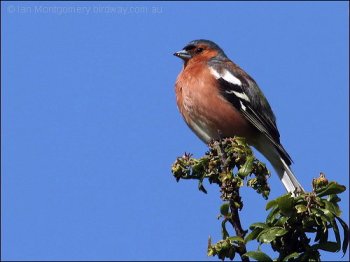 Sparrow. (Hebrew, tzippor, from a root signifying to “chirp” or “twitter”, which appears to be a phonetic representation of the call-note of any passerine (sparrow-like) bird). This Hebrew word occurs upwards of forty times in the Old Testament. In all passages, except two, it is rendered by the Authorized Version indifferently as “bird” or “fowl,” and denotes any small bird, both of the sparrow-like species and such as the starling, chaffinch, greenfinch, linnet, goldfinch, corn-bunting, pipits, blackbird, song-thrush, etc. In Psalm 84:3, and Psalm 102:7, it is rendered “sparrow.” 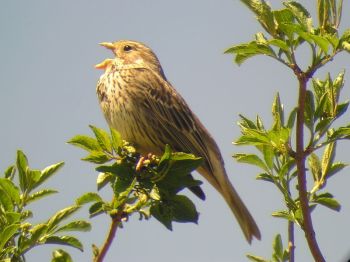 Yea, the sparrow hath found an house, and the swallow a nest for herself, where she may lay her young, even thine altars, O LORD of hosts, my King, and my God. (Psalms 84:3 KJV) 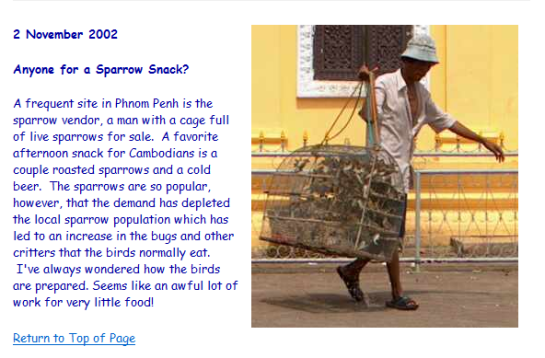 Anyone for a Sparrow Snack?

The Greek, stauthion, (Authorized Version, “sparrow”), occurs twice in the New Testament, Matthew 10:29; Luke 12:6-7. (The birds above mentioned are found in great numbers in Palestine, and are of very little value, selling for the merest trifle, and are, thus, strikingly used by our Saviour, Matthew 10:20, as an illustration of our Father’s care for his children. — Editor).

Are not two sparrows sold for a farthing? and one of them shall not fall on the ground without your Father. (Matthew 10:29 KJV)

Are not five sparrows sold for two farthings, and not one of them is forgotten before God? But even the very hairs of your head are all numbered. Fear not therefore: ye are of more value than many sparrows. (Luke 12:6-7 KJV)

The blue thrush, (Petrocossyphus cyaneus), is probably the bird to which the psalmist alludes in Psa_102:7, as “the sparrow that sitteth alone upon the house-top.” It is a solitary bird, eschewing the society of its own species, and rarely more than a pair are seen together. The English tree-sparrow, (Passer montanus), is also very common, and may be seen in numbers on Mount Olivet, and also about the sacred enclosure of the mosque of Omar. This is, perhaps, the exact species referred to in Psalm 84:3.

Yea, the sparrow hath found an house, and the swallow a nest for herself, where she may lay her young, even thine altars, O LORD of hosts, my King, and my God. (Psalms 84:3 KJV) 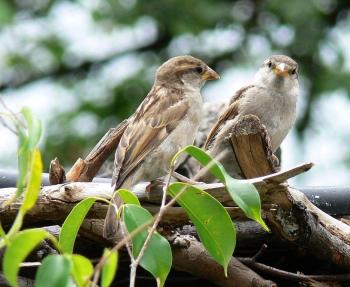 Dr. Thompson, in speaking of the great numbers of the house-sparrows and field-sparrows in troublesome and impertinent generation, and nestle just where you do not want them. “They stop your stove — and water-pipes with their rubbish, build in the windows and under the beams of the roof, and would stuff your hat full of stubble in half a day, if they found it hanging in a place to suit them.”

(I added the verses to make it easier and also the “blue thrush, (Petrocossyphus cyaneus)” could not be found. Photos also inserted.)

The Blue Rock Thrush (Monticola solitarius) is a species of chat. This thrush-like Old World flycatcher was formerly placed in the family Turdidae. It is now found in the Muscicapidae family.

The original dictionary was published as a three volume set in 1863, in London and Boston, USA. This first edition was followed in 1893 by an expanded four volume version which was published in the United States as A dictionary of the Bible comprising its antiquities, biography, geography, and natural history, edited by Smith and J. M. Fuller.

The original publications are now in the public domain; some derivative, commercial versions are still in copyright.