Today is Mother’s Day here in America. I wonder if the beautiful, hard-working avian mother’s have a special day. Maybe, it is the day the little one fledge and finally have “Flown The Coop.”

Seriously, I would like to wish all of my readers a Happy Mother’s Day with this little tribute.

Also, Make Sure You Wish Your Mother A Happy Mother’s Day.

“Let your father and your mother be glad, And let her who bore you rejoice.” (Proverbs 23:25 NKJV)

Second, momma has to sit on the eggs for awhile: 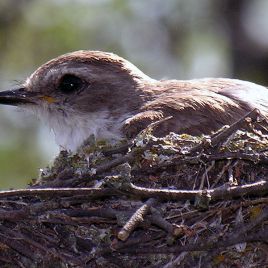 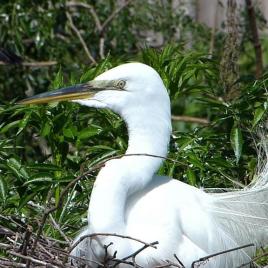 “For whoever does the will of My Father in heaven is My brother and sister and mother.” (Matthew 12:50 NKJV)

Third, the little ones start to appear: 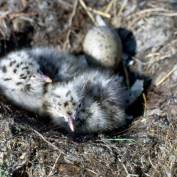 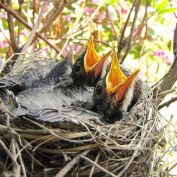 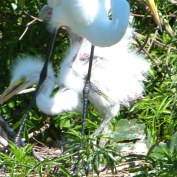 Great Egret at Nest with Chick at Gatorland cropped more

Great Egret at Nest with Chick at Gatorland cropped

Bush Stone-curlew (Burhinus grallarius) with young by Ian at Birdway

“Honour thy father and thy mother: and, Thou shalt love thy neighbour as thyself.” (Matthew 19:19 KJV)

Fourth, those little birds get hungry:

Oh, My, The feeder is down.

Sandhill Cranes in Sideyard 5-1-15 by Lee

“Honour thy father and mother; (which is the first commandment with promise;)” (Ephesians 6:2 KJV)

Fifth, they mature (juveniles) and eventually Fly The Coop:

Penguin with young of feet

Bush Stone-curlew (Burhinus grallarius) with young by Ian at Birdway

Double-crested Cormorant by Angie at beach 2

Double-crested Cormorant (Phalacrocorax auritus) by Lee at Honeymoon Is SP

Avian mother’s are finished with that batch. Unlike human mothers whose work has just begun, and will continue through every stage of their children’s lives, even into their grandchildren’s lives.

“Listen to your father who begot you, And do not despise your mother when she is old.” (Proverbs 23:22 NKJV)

“A wise son makes a father glad, But a foolish man despises his mother.” (Proverbs 15:20 NKJV)

One thought on “Birds and Mother’s Day”