Creation Moments has articles frequently about birds. I seem to get behind in checking my mail, so they sort of “pile up.” Today’s post is excerpts, with links to some of those posts. 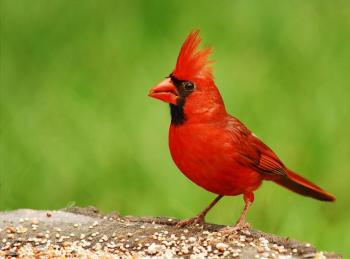 “The flowers appear on the earth; the time of the singing of birds is come, and the voice of the turtle is heard in our land;…” Song of Solomon 2:12

“There is a lot more to bird song than meets the ear. Digital recording and computer technology have enabled researchers to study, in detail, various song-birds’ reactions to neighboring birds’ songs.

“In most species, singing is the male’s job. There is much more going on when he sings than simply establishing territory or attracting a mate. Researchers refer to one characteristic of bird song as “song matching.” While a male bird doesn’t like another male in his territory, he is more tolerant of a related male in a neighboring territory than of a complete stranger. A male will challenge a stranger by repeating the stranger’s song……” 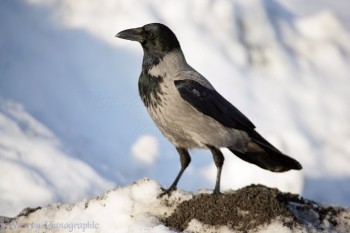 “And God created … every winged fowl after his kind…” Genesis 1:21

“A recent report on the Science Alert website discussed the evolution of two species of crow in Europe. The two species concerned are the carrion crow, which is black, and the grey-hooded crow. These crows are very different in appearance. They both populate continental Europe, with the grey-hoods in the East and the carrion crows in the West. Their boundary appears to be approximately where Germany’s Elbe River is. At this overlap point, it is possible for birds of the two species to interbreed. The hybrid birds are themselves fertile, which, while unusual for hybrids, is by no means unknown…..”

Continued at Are European Crows Evolving?

An Old Dead Bird And An Egg 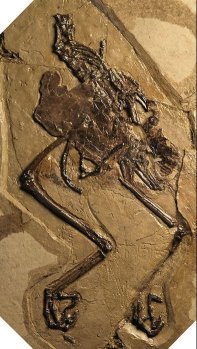 “And God blessed them, saying, Be fruitful, and multiply, and fill the waters in the seas, and let fowl multiply in the earth.” Genesis 1:22

“I like to keep ducks because I love their eggs. Last summer, one of my ducks became ill, with eggs trapped inside her. Despite my best efforts, she died. Scientists believe the same thing may have happened to a specimen of Avimaia. This fossil, dated by evolutionists at 110 million years old, had evidence of an unlaid egg inside it.” ..

“These deep-time ages do not make sense in the light of the creatures’ appearances. For example, the fact that the avimaia fossil has this unlaid egg within it suggests that the process of egg laying has not changed for these birds, which even evolutionists are having to admit must have co-existed with the very type of dinosaurs which supposedly evolved into them……”

Continued at AN OLD DEAD BIRD AND AN EGG

Who Paints The Leaves? 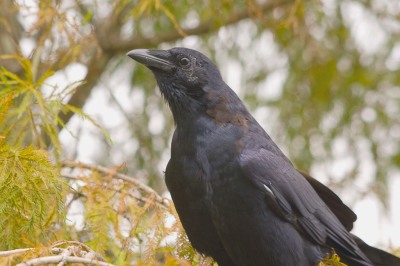 Birds of the Bible articles have been written about Raven’s before. James J S Johnson sent a link to a news story in the BBC News Magazine about Crows that is similar to the Ravens in the Bible.

First the story. A young girl, Gabi Mann, feeds Crows and they bring her “gifts.” (nutshell version). See The girl who gets gifts from birds.

It started when she got out of the car and dropped food from her lap. The Crows grabbed it and each time she came home, they watched for her. It went from that to Gabi and her mother feeding them on a regular basis. Then, the crows started leaving various items, that could fit in their mouths, as “gifts.” Here are some of those items. 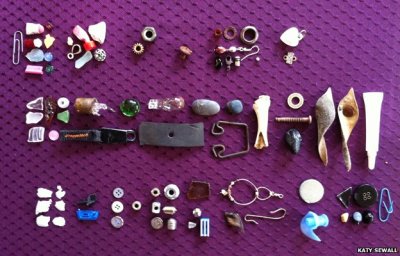 Things brought by the crows 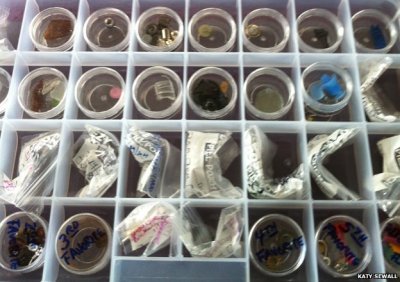 Things brought by the crows

Does the story bring to mind a similar situation, but with Ravens bringing something to someone?

In I Kings 17, we read about the prophet Elijah who was told by the LORD to get away and hide by the Brook Cherith.

And it will be that you shall drink from the brook, and I have commanded the ravens to feed you there.” So he went and did according to the word of the LORD, for he went and stayed by the Brook Cherith, which flows into the Jordan. The ravens brought him bread and meat in the morning, and bread and meat in the evening; and he drank from the brook. (1 Kings 17:4-6 NKJV)

In the Bible, our passage in I Kings says that the ravens brought him food. Checking the different translations, all the translations, except two, call them Ravens. Those two call them Crows. The ABP+ uses G2876, which Strong says:

The other, ISV, says, “Crows would bring him bread and meat both in the morning and in the evening, and he would drink from the brook.”

Either way, the point is, the LORD used birds from a very intelligent avian family, that He Created, to feed his prophet. Critics like to find everything they can to disprove the Bible. Yet, the Lord gives us all kinds of reasons to believe his Word, if we just open our eyes.

Those birds could have brought bits of food as well as “trinkets.”

Because that which may be known of God is manifest in them; for God hath shewed it unto them. For the invisible things of him from the creation of the world are clearly seen, being understood by the things that are made, even his eternal power and Godhead; so that they are without excuse: (Romans 1:19-20 KJV) 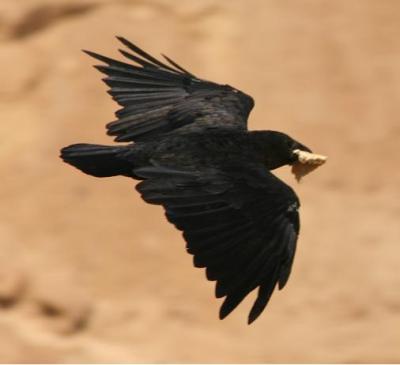 The girl who gets gifts from birds.

Birds of the Bible – Ravens 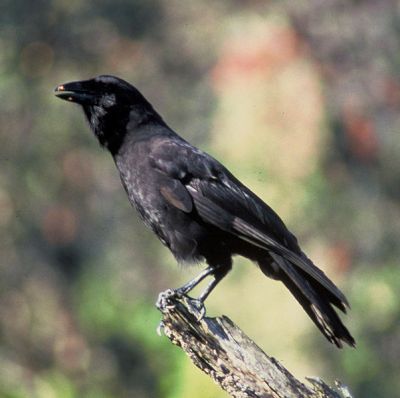 “To-night,” said daddy, “we are going to have the story of the meeting of the brownies, crows, and old Mr. Scarecrow. The crows had been giving feasts in a corn-field almost every morning bright and early before any of the big people who lived in the nearby farm-house were up. Such feasts as they did have! And one day they asked the brownies if they wouldn’t come to their next one.

“‘Caw-caw,’ said the crows together.

“‘Where are we going?’ asked one of the brownies teasingly, for they had been going around and around in circles and hadn’t reached any place.

“‘I don’t quite know,’ said Black Crown Crow, ‘it’s a question which is very hard to decide.’

“‘But we thought you had chosen a special spot,’ said one of the brownies.

“Black Crown Crow looked very sad, and his black wings seemed to droop. ‘It’s that guest I never asked. He’s causing all the trouble. How very rude it is of folks to come to a feast who aren’t invited, and to arrive before us, too. It’s very e-x-a-s-p-e-r-a-t-i-n-g!’

“‘Who is he?’ shouted the brownies, for every little while Black Crown Crow had gone ahead and then had come back. In these little trips he had seen right in the center of the corn-field a man—a real man, he thought, with a hat and a coat and trousers and boots—and carrying something which he couldn’t quite make out. It was either a great huge stick—or worse still—it was a gun. He shivered whenever he thought of that awful word gun.

“‘Caw-caw,’ again shrieked Black Crown Crow, ‘it’s a man and he has a gun—I’m sure it’s a gun. Now the rudeness of him! As if we wanted a man and a gun at our corn feast!’

“‘Oh, it was to have been a corn feast, and now the man has stopped it,’ laughed one of the brownies. ‘Well, such a joke! But to show you how nice we’ll be when we’re here ready for a party which can’t take place, we’ll give a nice party ourselves.’

“And the brownies scampered about a little grove near the corn-field, and there they made a bonfire over which they cooked some corn-meal which they had carried with them in their bags. They knew all along, ever since they’d started, where the crows wanted them to go for the feast, and they also knew that the farmer had made that scarecrow in his corn-field to frighten off Black Crown Crow and his followers.

“The brownies made a fine feast, but how they did chuckle among themselves that the pole dressed up as a man had succeeded in saving the corn for the people of the farm-house.” 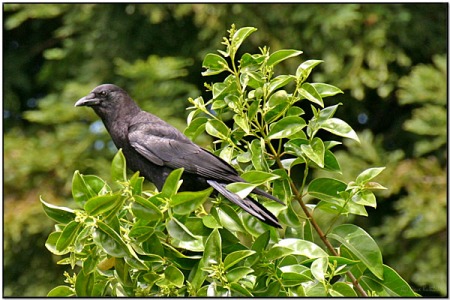 Looks like the Brownies, helped out the “exasperated” Crows and had a good laugh at the same time. The farmer was only trying to protect his crop and the crows were only trying to eat.

What can we learn?

Consider the ravens, for they neither sow nor reap; they have no storeroom nor barn, and yet God feeds them; how much more valuable you are than the birds! (Luke 12:24 NASB)

This verse tells us that God will provide for the Ravens (and Crows, which are in the same bird family). The Crows may need to go to another field where they can be provided for. Also, are you ever afraid of something, that isn’t really scary?

If the Lord feeds the Crows and other birds, He provides for us and also helps our fears.

With four illustrations in color by
Florence Choate and Elizabeth Curtis 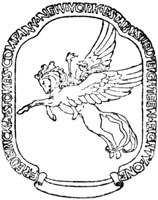 These stories first appeared in the American Press Association Service and the Western Newspaper Union.

Many of the sketches in this volume are the work of Rebecca McCann, creator of the “Cheerful Cherub,” etc. 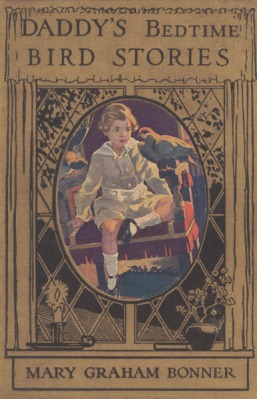 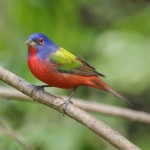